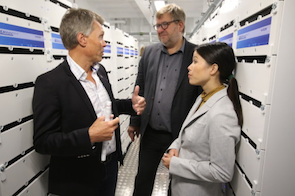 - As Europe's environmental capital, Oslo boast that the MS “Kongen” is the first boat to be converted to electrical operation. It is noticed elsewhere - and Oslo is a leading city in the field of electrification of public transport internationally, says Oslo City Council Chairman Raymond Johansen. - In Oslo, we are serious about environmental efforts. In recent years, we have worked very hard to cut emissions. With common ambition, drive and will, we succeed in good environmental solutions that contribute to a better city to live and travel in.

It was in October last year that Norled, as operator of the B10 Nesodden - Aker brygge connection, signed a variation order on an existing contract with Ruter to electrify three boats, the  “Kongen”, “Dronningen” and “Prinsen”. The first boat has now been remodeled at Horten Skipsreparasjoner (HSR)

- Having an electric "Kongen" in place in Oslo today, just ten months after we announced that the Nesodden boat would be electrified, shows that it is useful to set environmental requirements, and that there are both willingness, expertise and solutions available in Norway to succeed in creating a more environmentally friendly alternative, says Lan Marie Berg, City Council for environment and transport in Oslo.

- Akershus has taken a regional climate boost this summer with a modernization of the bus service at Romerike, and electrification of Kongen, as the first Nesodden boat. The fjord is a central transport artery that binds our region together, and this is first and foremost a joyous day for the 2.8 million annual travelers with the Nesodden boats, who get an emission-free and even quieter voyage, says County Mayor of Akershus, Anette Solli.

Electrification of the three boats going between Aker Brygge and Nesoddtangen will result in a CO2 reduction of approximately 70 per cent from Ruter's total boat transport, when the three boats are electric. The annual NOx emissions are reduced by 20 tones, which makes up 45 per cent of the emissions from a boat. 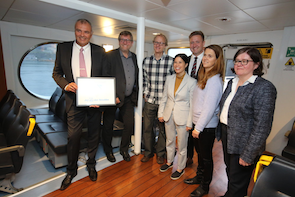 Work on rebuilding the MS "Kongen" from liquefied natural gas to electrical operation started in early June this year. The work done by HSR on MS "Kongen" has been extensive, with 150 men working 25,000 hours. It started with the dismantling and removal of the gas plant, gas tank and all the gas equipment that was on the boat. This totaled 36 tones of iron. Before starting the process of building the 26 ton heavy battery, part by part and under deck, it was necessary to build and secure new rooms and foundations due to the size and weight of the battery. Then the 2018 kWh battery system was installed in the room where the gas tank was previously. The new electric battery pack is similar to the batteries found in 20 Tesla's or 50 Nissan Leaf. 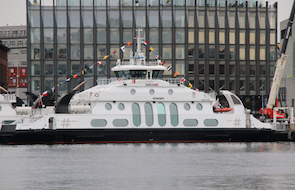 - This is an important milestone for Norway, for Oslo and Nesodden, and we at Norled are very pleased that we will be able to take the lead and contribute to emission-free public transportation priorities together with Ruter. Many have contributed to our success, and the cooperation and attitude we experience from not least Horten Skipsreparasjoner, but also our client Ruter and other partners have been important. It is not useful to talk only about green visions and goals, it must be acted upon, of which drivers and performance behind an electric "Kongen" are a happy proof, says CEO in Norled Ingvald Løyning.

A piece of industrial history

While the boat has been rebuilt at Horten Skipsreparasjoner this summer, work is underway to get a quick recharge on the dock. There is extensive construction of a new traffic station inside the historic building on Rådhusbrygge 4, with Sporveien as the contractor. Here, a modern eight-MW onshore power plant is installed, which is enough power to electrify all of Ruter's boat transport.

- We know that it is important for people to be able to travel as sustainably as possible. Then we must be able to offer our customers that opportunity. We do this when we electrify the country's heaviest car-free passenger connection. We see it as a good investment in green technology, which is important and right to do, says Bernt Reitan Jenssen, director of Ruter.

- The electrification helps to write a piece of industrial history on land as well, by building a compact traffic station in the middle of Aker Brygge in a protected building. The ten meter high charging plug which the King is to be connected and discharged for about eight minutes will be a symbol of new climate solutions happening here and now. 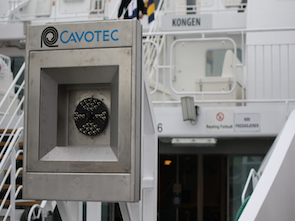 Facts about the Nesodden boats and Rådhusbrygge 4:

- The Nesodden crossing B10 consists of the three boats: Kongen, Dronningen and Prinsen.

- The crossing carried 2.8 million passengers in 2018, out of a total of 4.4 million travelers in total.

- The electrification of B10 is estimated to have an annual additional cost in relation to the operation of approximately NOK 8 million until 2034.

- The 10 meter high automatic charging plug is manufactured in Italy.

- The boats have biodiesel assemblies as a backup solution, which makes it possible to run all day.

- The goal for Oslo and Akershus is emission-free public transport in 2028, and the ambition can be achieved by 2024 for boats. 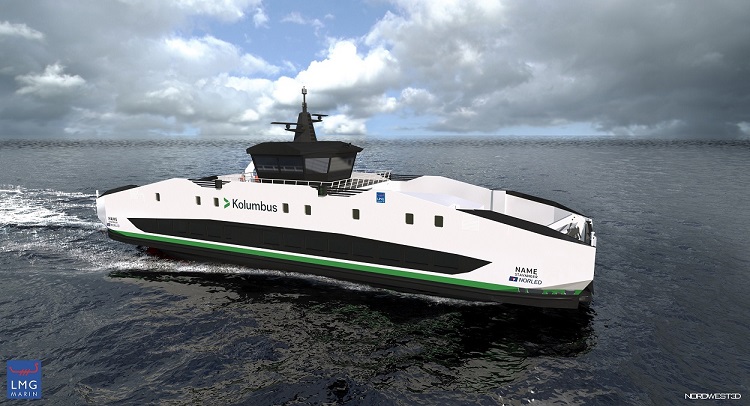 Constuction of a new electrical ferry 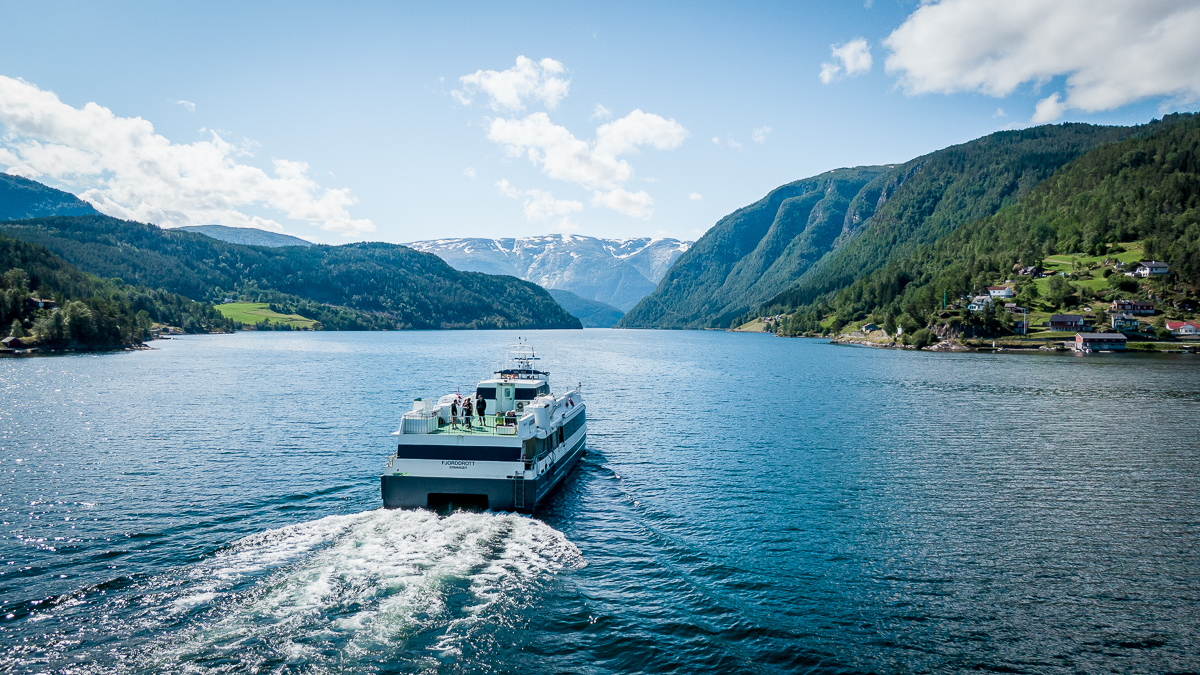